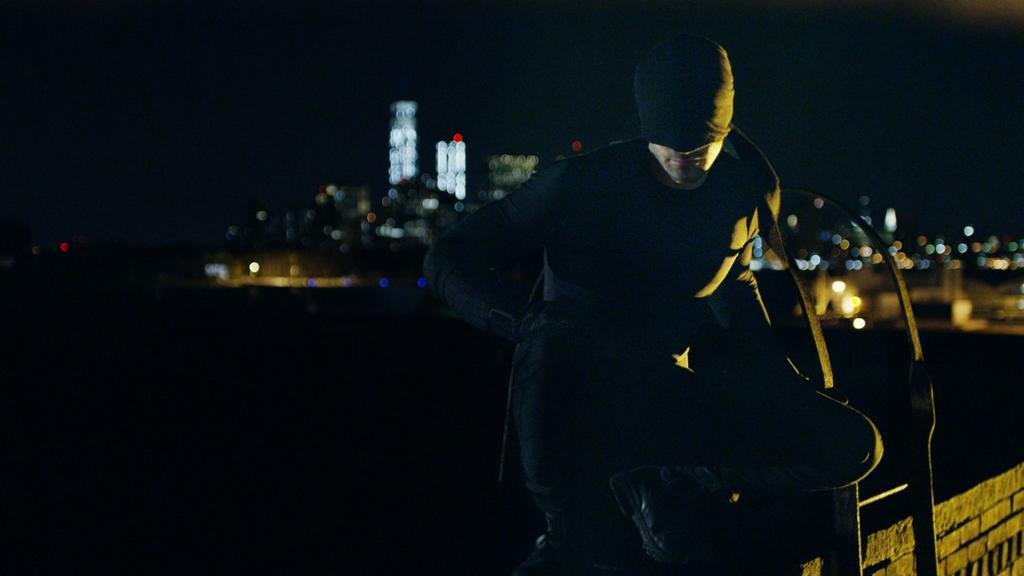 Just a general update for the lovely update, unfortunately my time travelling rant is still to be done.

I succeeded in my first day one binge watch of a Netflix show. Generally I wait around, procrastinate and never actually get around to watching it all, but Daredevil came out and there was no way I was going to skimp out on a Netflix interpretation of a comic book hero, and call me bold, stupid or what have you but I dare (ha! Dare) say, Daredevil may be my favorite comic book to live action adaption yet. It’s not to take away from all the other adaptions, I still love Arrow, and Flash, Guardians of the Galaxy is my favorite Marvel movie and I enjoy most of their stuff too. But Daredevil felt like it didn’t bother with cliché’s or the same generic plotline, while not removing itself so far apart that it no longer felt like a super hero adaption and more like a crime drama (IE: Dark Knight). It was like the best of both worlds. I’d like to see if they’re able to sort of mimic how Arrow and Flash are ridiculously different tones of the same universe, I want to see if Luke Cage/Iron Fist will keep that grim dark appeal or if they’ll be able to take a ‘light hearted’ approach without compromising the show itself. I want to see that contrast between Daredevil and the other shows so we can get a clash of tones in the Defenders if you catch my drift. I’m not going to be reviewing Daredevil or even giving my thoughts on it, all I’ll say is I’m in love. It’s fucking amazing.

Okay, moving on, pomodoro time. For those of you who haven’t heard of pomodoro time, I myself heard it from Ryan Casey, an author (two year veteran) and blogger who had a post about writing 5000 words a day. Here it is: http://ryancaseybooks.com/pomodoro-technique/ . For those of you too lazy to click on that, let me just do a quick tl;dr for you. The Pomodoro technique is essentially writing (or anything else you want to focus on) for 25 straight minutes, no distractions or what not, after those 25 minutes, you take an obligatory 5 minute break. In this sense, you don’t burn yourself out and you can stave off those pesky distractions till your break. After four of these reps, you take a long break, I took a 30 minute break, and I suppose you can lengthen or shorten it however you want. That’s essentially it, minimizing the distractions, maximizing the work.

It really worked for me for the most part and with exams coming up, I’ll be sure to use it for studying as well. Sometimes, I couldn’t help but to be distracted – my sister has no mercy – but otherwise, I was writing for those 25 minutes. I used two of those cycles today (April 11th, 2015 for those of you reading in the future). So how much did I get done? I managed just over 4K, it’ll be cool if I can start managing 5K but honestly, I’m satisfied with any progress I’m making. That’s 2 chapters added to my first chapter though I suspect that they will both be rearranged and adjusted as I go.

I don’t know if I’m a pantser or if outlining is my thing, I see pros and cons with both. The obvious outlining con a lot of people fall back on is that it nips the creativity, I don’t know how I feel about that since I’ve never gone far enough to test that theory. With “Ice”, I’m pantsing of sorts. I’ve got 300 words at the top of my document which essentially outlines the three major beats of the story; that is the initial incident, the middle and the major final clash. If you still consider that outlining, then I guess it is. The outline is mostly just broad strokes, and can easily be modified, it’s like those skeletons some artist use before fleshing out the art itself. Since that outline, a lot has changed though. That’s the pro, for example, four unintended characters have been born already out of it (though I only really had five-six planned characters and only three really solid anyways).

I’ve kept it as it is for the sake of looking back on it. I’ve already met the big major issue though, the fact that I didn’t really go with a 10 beat outline or something means I’m often uncertain of where to go next. Before starting my second chapter, I was absolutely clueless as to where to go. Whatever I had in mind had to slow/boring/mundane a build so I went another direction where I was funneling more useful events. I still feel I’ll do a lot of restructuring and I have a feeling I’ll be doing far more editing for this then I would with “Project Unbound” where my outline for that is 6X as long.

The huge upside of the pomodoro technique, if I can stay consistent and actually do this daily then it’ll take me 10 days minimum to finish it, that depends on if I go novella length, novel length then I can see it taking 20 days. Again, that’s me idealizing that everything goes as I want to, that I stay determined and obviously, depends on how much content I have for this (I could have far more than 40K worth of a story to say or much less than 80K, it’s up in the air).

I don’t think I have anything else to say, I’ve got a new video game review up which you can find on the portfolio and should have another in like 6 days.

No reread done this time :3